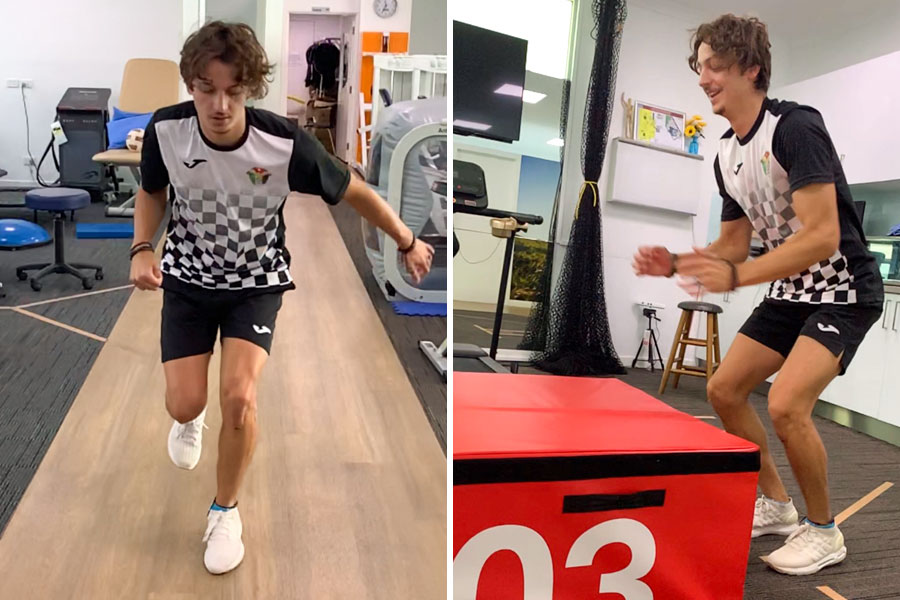 Part B: IKDC Subjective Knee Evaluation Form.
You will be asked to fill in a short questionnaire where you will rate your symptoms, level of sporting activity, and function.

You will be asked to stand on one leg and hop as far forward as possible landing on the same limb. Subjects are allowed to attempts and distance is recorded with a tape measure fixed to the ground.

The test is performed with a thin 15 cm marking strip on the floor. You will be required to halt three consecutive times on 1 foot crossing the street on each hop, landing as far forward as possible. The results have been compared to that of your non-injured leg.

You will stand on one leg and asked to reach for with the other leg as far as possible in three directions. This test will be performed on both legs.

You will be asked to stand on one leg and former squat to be able to 90° as many times as you can. This test on both legs.

You will undergo a modified version of the Landing error scoring system (LESS). This task involves jumping off a small box and in landing immediately back into the air. Various mechanical factors will be assessed during the manoeuvre and you will be asked to repeat this a minimum of 5 to 6 times.

Feedback will be given due at the end of the session. A final number will be tallied for you and communicated to the surgeon. A score greater than 90 would normally indicate a return to training and eventually sport.

People should wear what they would normally wear to exercise. Shorts T-shirt, tracksuit and runners are appropriate. A one hour appointment is required.